The colour identity of a place that has grown over decades is part of its culture. It can be easily documented by color analysis. A coded colour fan that reflects this identity is widely accepted by residents and building owners. As part of the building regulations or just as a basis for discussion, this instrument facilitates the building permit procedure.

Each place has its own colour identity. For some places this is so unmistakable that it immediately awakens associations in everyone. Worthy of mention are the lime-white houses of Greek villages with their rich blue painted window sills, the sun-browned wooden buildings in the Upper Valais or the Hamburg Speicherstadt built of red bricks. The colour identity is essentially determined by the building materials and colours used. But the climate, sun, wind and weather to which these materials are exposed also influence the color image by leaving behind a patina of weathering.

Traditional villages and old city districts, whose houses were all built in approximately the same epoch, naturally give off a relatively uniform colour image, which is limited to a rather narrower colour spectrum. This is because the same materials and colours had to be used over a longer period of time. The spectrum expands the younger the building fabric is. However, even grown settlements that are not listed have their own colour identity. This is increasingly disturbed by colours made from artificially produced colour pigments, which have been produced since around the mid-1990s. Facades that are painted with such colours often appear garish and screaming and therefore usually do not fit into the grown local colours. Individual color and materialization concepts may serve the self-realization of individualistically thinking clients or architects. However, such outliers can have a devastating effect on urban development and considerably impair the environment for years or even decades.

Building authorities often have a hard time in the approval procedure if they want to avoid such building sins. All too often, using aesthetics as an argument leads to lengthy and fruitless discussions. Therefore it makes sense to have the colour identity of a place recorded and documented by means of a colour analysis. This was the path taken by the community of Mels last year. The aim was to have the colour identity of the town centre, which had been protected since 2006, analysed in order to preserve it or to facilitate its gentle further development. The contract was awarded to a qualified colour consultant and designer. 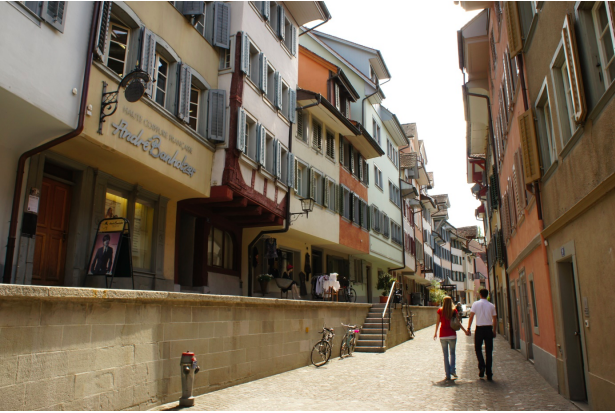 Picture of the old town of Zug. When renovating and constructing new buildings, it is important to preserve the historically grown colour identity. Photo: © Tourismus Zug 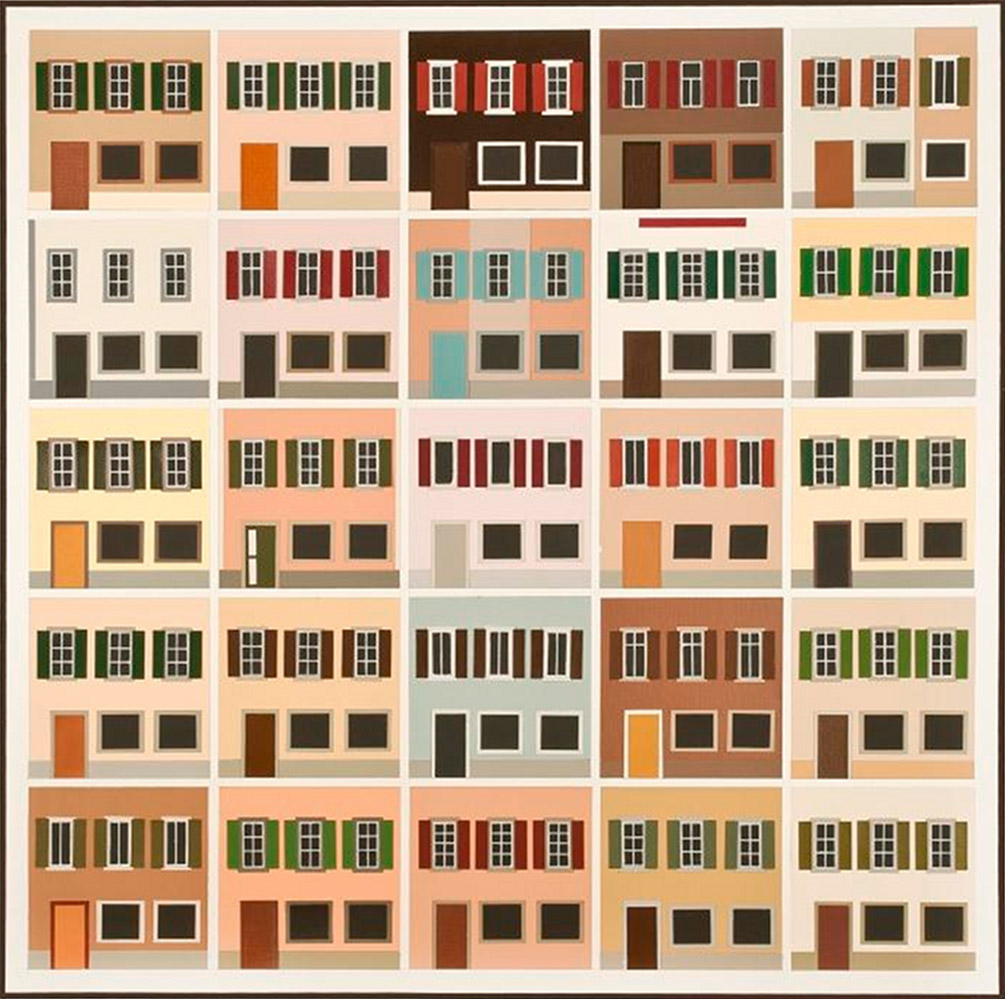 These 25 house fronts form the basis of Melser’s colour identity. 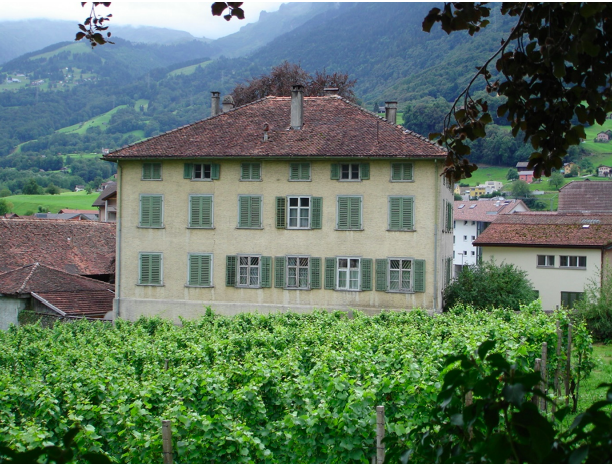 Typical colourfulness of a Melser house.

How does it work? He first takes stock of the currently available colours. In addition, he photographically documents the colours that appear on roofs and facades, streets and squares. In order to understand the context as comprehensively as possible, he also includes streets and neighbourhoods outside the protected town centre. The colour consultant works out the historical development of the colour identity with the aid of archive documents and through discussions with representatives of the building authorities, monument conservators and local historians.

At the end of this basic research, around 25 buildings identified as creating identity are selected and marked in a situation plan. The colour consultant evaluates the buildings both from close up and from a distance in order to be able to conclusively assess how much their colourfulness influences the colour identity of the site.

In the studio, the colours that have been determined to be typical and formative for the identity are then mixed in. The colour consultant uses these colours to create model views of the 25 selected house fronts. If material samples can be secured during the field work, they are used for comparison. In the next step, these colour views are used to create a synthesis map. This map represents the color identity of the analyzed location. The individual colour tones are finally compiled and coded into a colour fan. This colour fan later serves as the central working instrument. The colour analysis also contains a written report. This makes the method used comprehensible and summarises the results.

In the selected protection zones, the municipality of Mels has declared the colour fan to be owner-binding. It has been included as an integral component in the relevant building regulations. The colour fan is recommended for buildings outside the protected zones. This approach met with great interest and acceptance among the population. Soon after the publication, various house owners requested an assessment of their property in order to be able to take the colour identity of the town centre into account when redesigning it. At this point it should be emphasised that the recording of the colour identity and the production of a coded colour fan should be accompanied by intensive accompanying communication. This is the only way to achieve the desired acceptance among residents, architects and craftsmen.

The colour analysis and the colour fan will serve the municipal authorities of Mels in the future as a basis for decisions on the building permit procedure. In the protected town centre, only the colour tones contained in the colour fan are permitted. The approximately 125 colours can be combined in a variety of ways so that individuality can continue to unfold without endangering the colour identity of the site. The colour fan is also effective in the rest of the municipality. The colour spectrum recorded in the colour analysis also serves as an orientation aid for clients and architects as well as a basis for discussion in the building permit procedure, without being laid down by law.

It should be expressly stated that it is up to the municipality whether and to what extent it makes sense to declare the colour fan to be binding.

The example of Mels shows, however, that the documentation of colour identity is perceived as positive by broad circles. The relatively small investment can have an effect for years or even decades. The organically grown colour identity of a settlement can be preserved and meaningfully further developed. This preserves or even increases the attractiveness of a settlement for builders, residents and tourists. The colour fan can be used for renovation projects as well as for the new construction of residential and commercial buildings. In addition, the building permit procedure is also simplified. The colour fan as a respected basis for discussion shortens discussions about the design of facades and their details. This saves time and not least saves the nerves of those involved.